PETAPORON is a minimalistic piano roll sequencer.
Compose a song and export it to mp3!

I love this tool! Will be using it for game jams and prototyping tunes. One thing though, I can’t work out how to copy and paste a block of notes, is that possible?

Ignore me, figured it out after posting, doh!

This is really useful.

Can You Please Make This A Downloadable File

Really enjoying this! A couple things: would it be possible to add importing the json it exports? Also, I noticed I can layer sounds by dragging them into the same grid spot, but then only the first one is visible. Would it be possible to have grid spots shared by multiple sounds split the image so you can see all of them? So if a spot has a red and a blue sound, the square would be half red, half blue, and go up to four colors/sounds total (higher would probably become too hard to see)? Or at least an indicator that there are multiple sounds in that spot. And maybe a pop-up when you hovered over them so you could pick which one you wanted to work with, in case you wanted to delete or move one, without having to move/delete the others.

The overlap probably isn't common for pitched instruments, but when you add drums it can happen. :)

You should be able to drag and drop the exported json file on the UI to import it back to Petaporon.

To work with overlapped notes, you can hide instruments by right clicking the instrument selection buttons. I like the idea of multicolored notes, but I will have to do some tests to see if it's doable.

Great, thanks for the info!

and also what are the groove buttons for?

Groove buttons control the swing setting. It offsets second and fourth 1/16 notes forward in time to give more groove to the song.

what about copyright, or is it under the mit license

That's a good question. I'm not sure to have the answer.
"CHIPTUNE" and "KANTAN" instruments are made by myself and are free to use without restrictions.
Other instruments are based on SNES game sounds and it's probably a gray area. 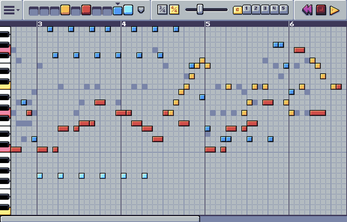 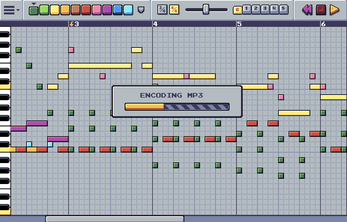 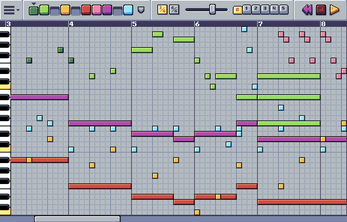 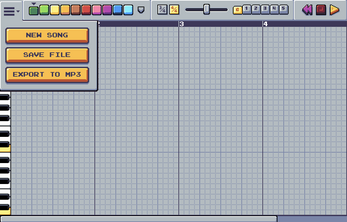